It's no secret that I have been severely absent from this blog for many months now. However, I recently became inspired to finally take out my camera again and snap a couple of pictures of Iris during this Easter season. I feel this year is already flying by so quickly! This year, Iris has dyed eggs with our friends, peeled and eaten her first hard boiled egg by herself and has been very surprised and pleased with the Easter Bunny's offerings. She had a special breakfast of a traditional German Easter bunny pastry, called an osterhasen.

On the Saturday before Easter, Iris also took part in the festivities put on every year by the base. We had an egg hunt, crafts and a small informal dance routine. Iris has taken a particular liking to her dance class and has every song and dance routine memorized. She was very happy to show this off to a ballroom full of people (she is the one in the pink dress!) I hope everyone had a wonderful Easter! 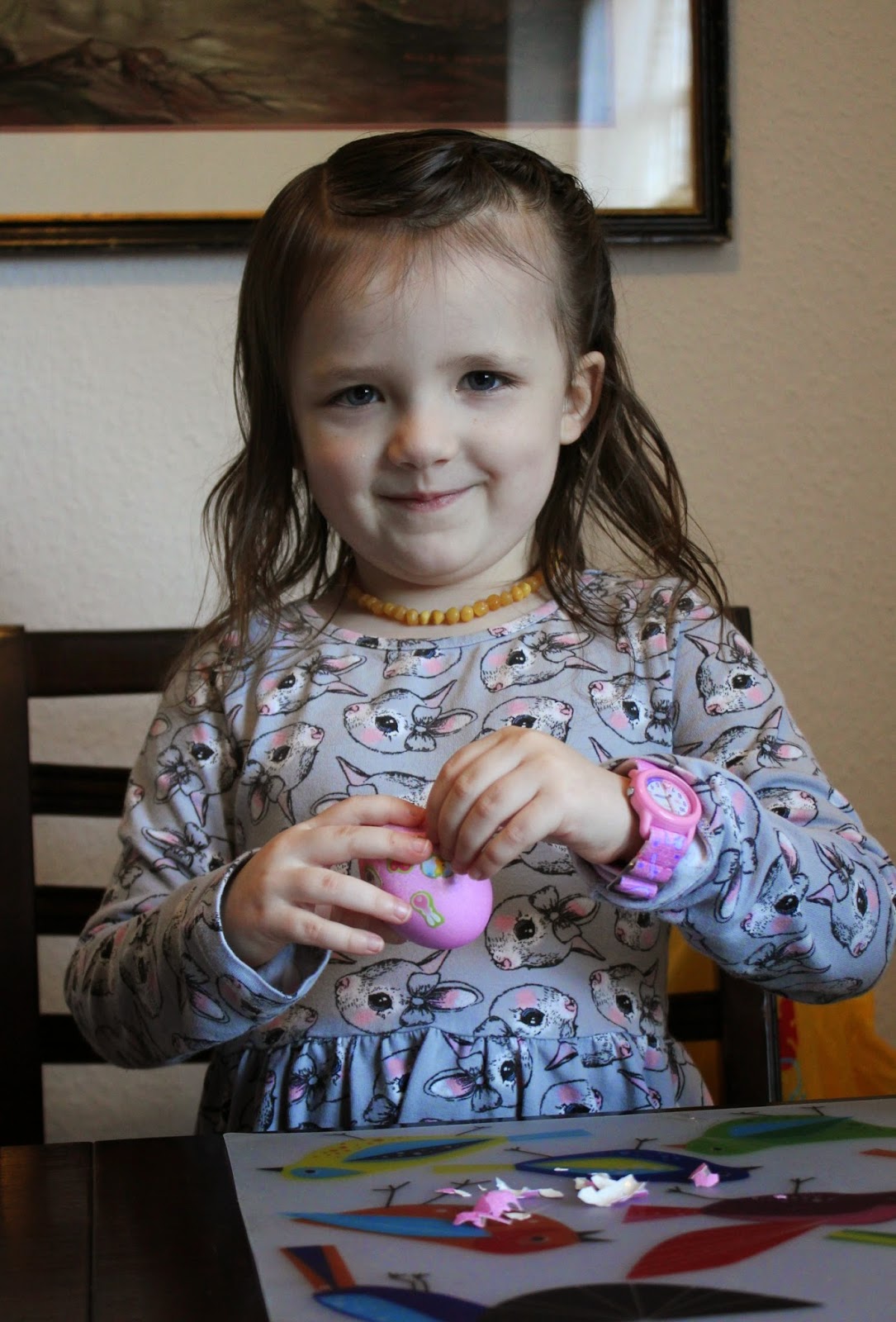 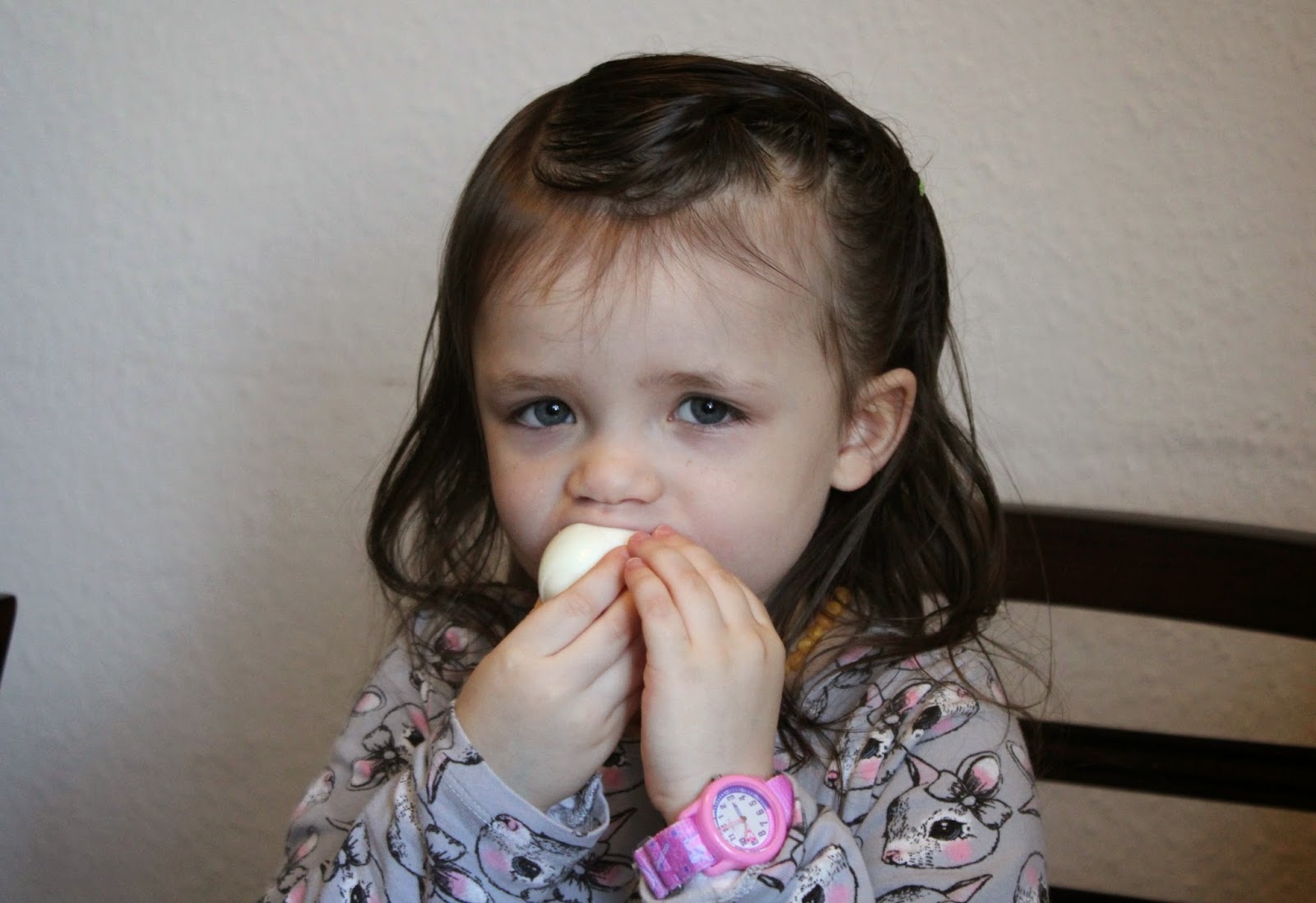 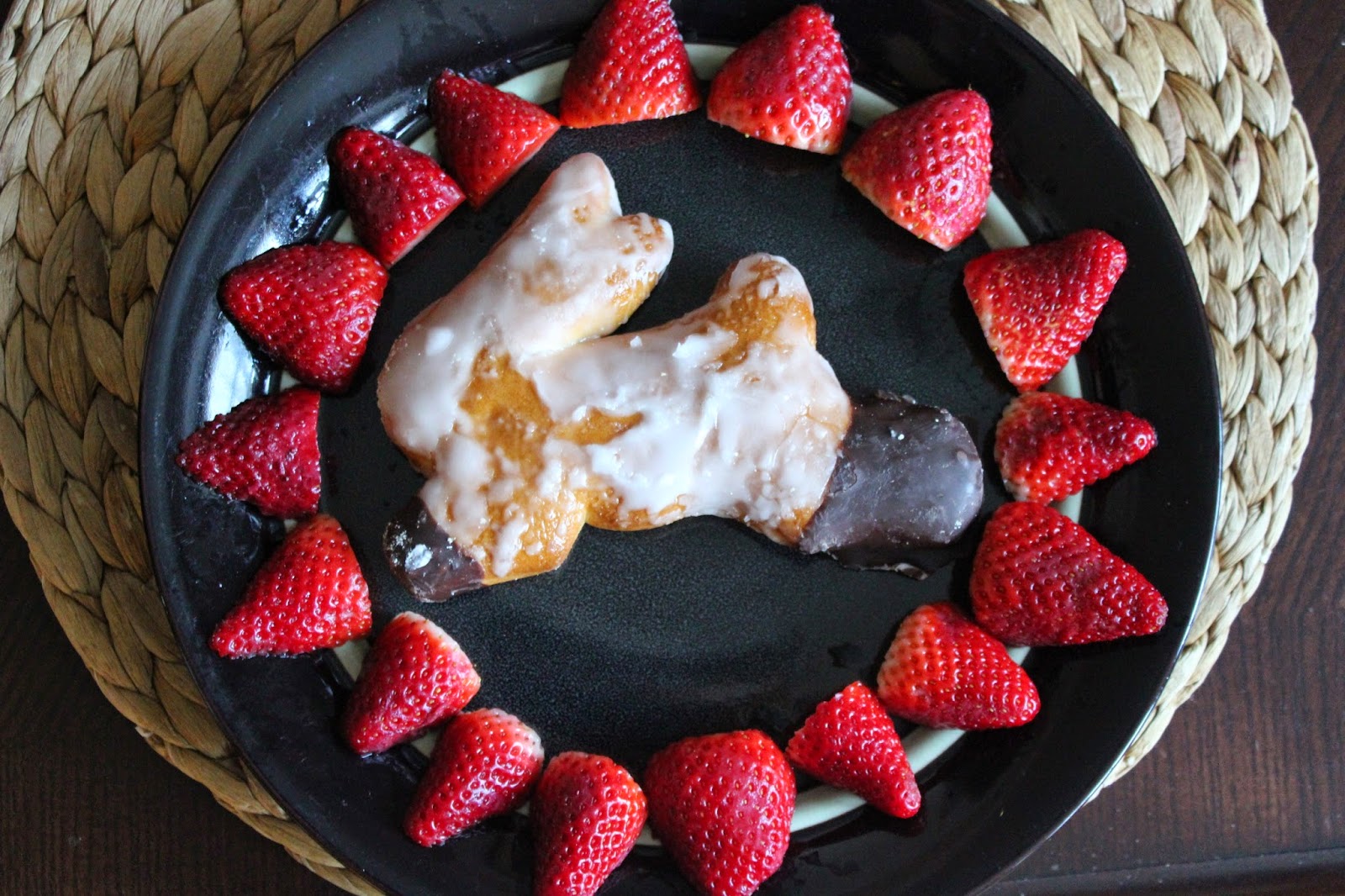 I have mentioned in previous posts that we are lucky to have three fruit bearing trees in our German back yard! Every summer, we enjoy cherries and plums and in the autumn, apples. The weather this year has been perfect for big, juicy apples! I thought they might be ready for eating, so we went to explore the tree. We found numerous ladybugs and tons of perfect looking apples. I thought they tasted great, if a bit tart and perfect for baking! Iris had different thoughts, and I captured the range of her experience in photographs. 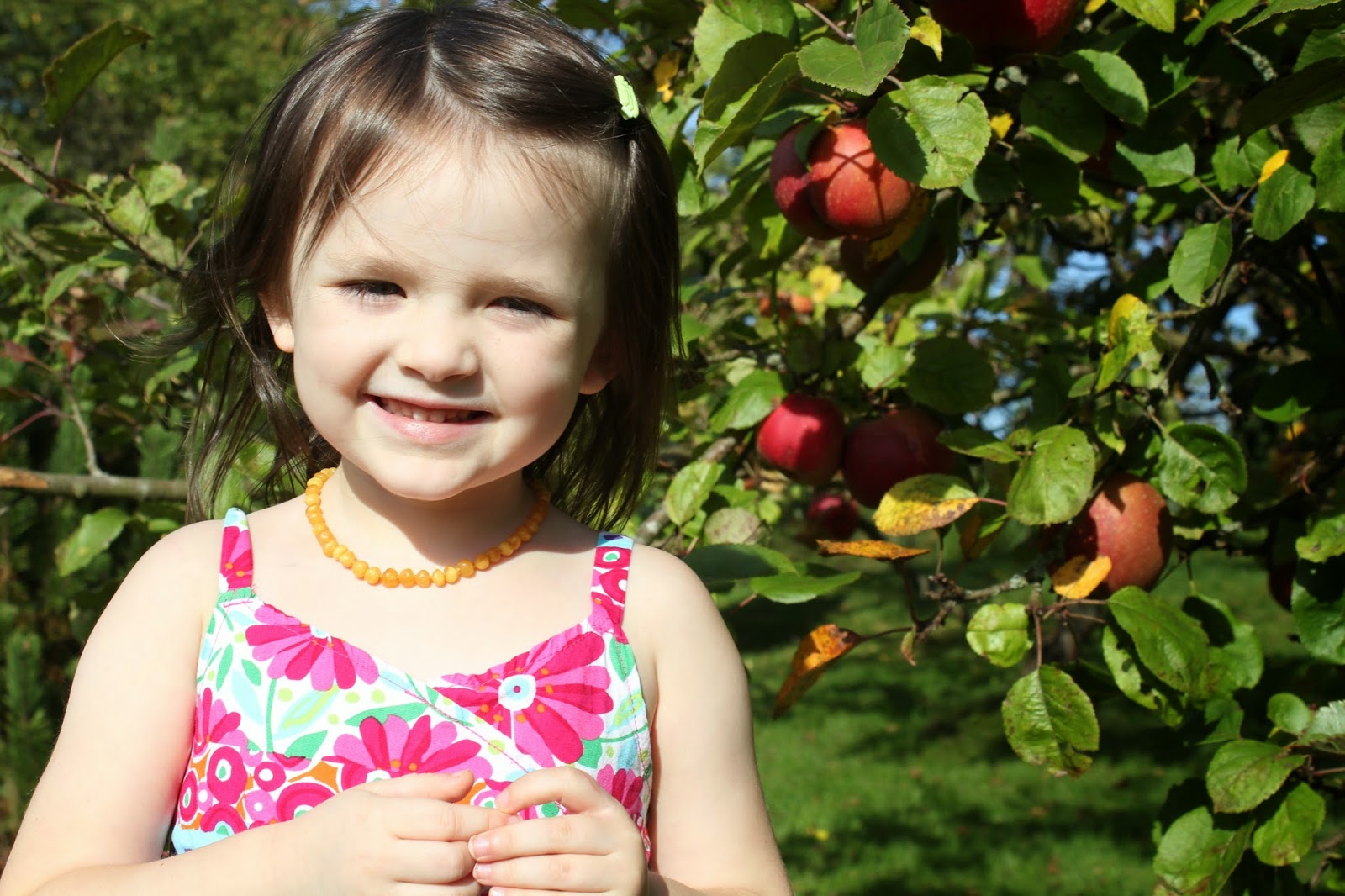 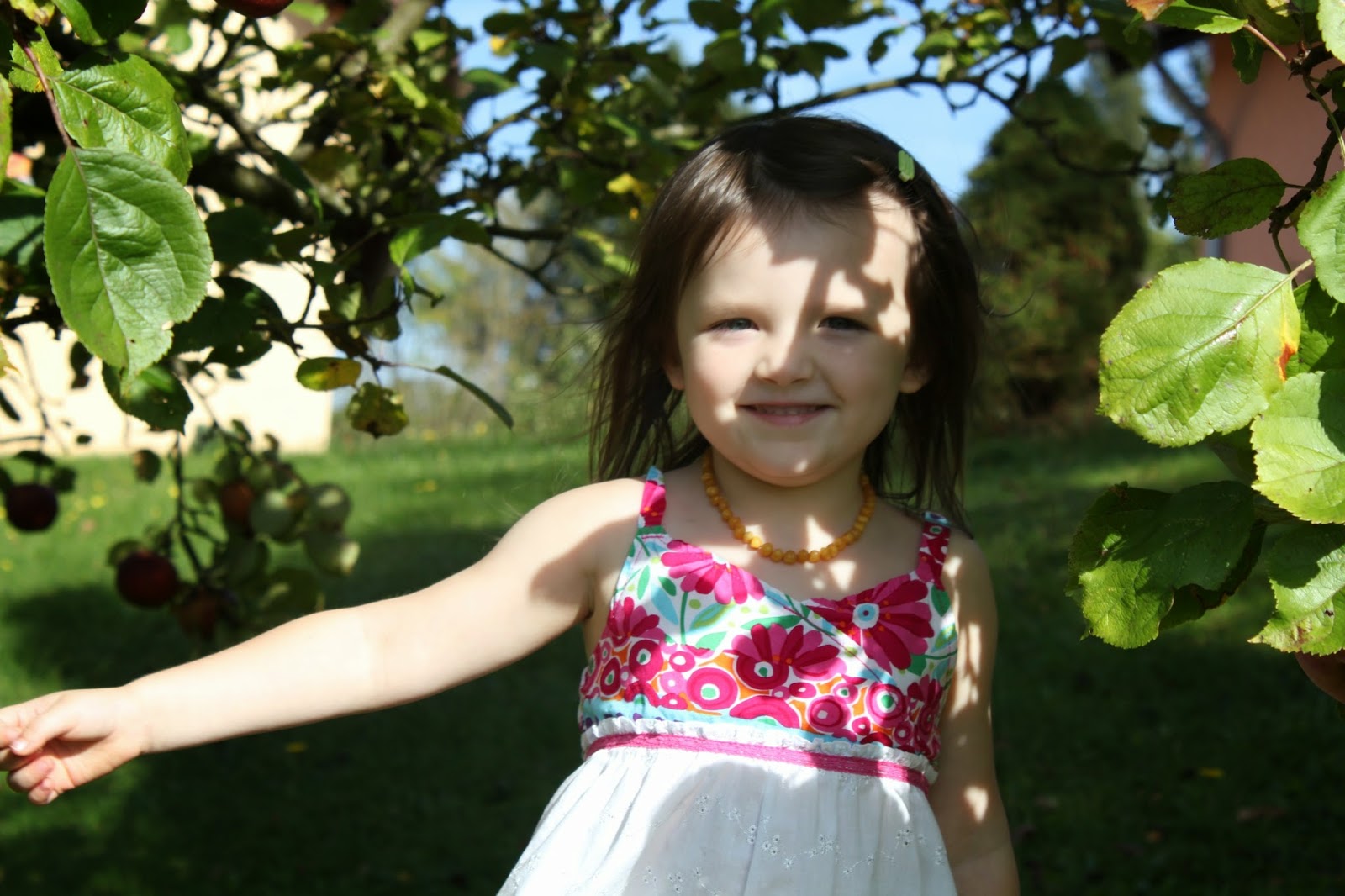 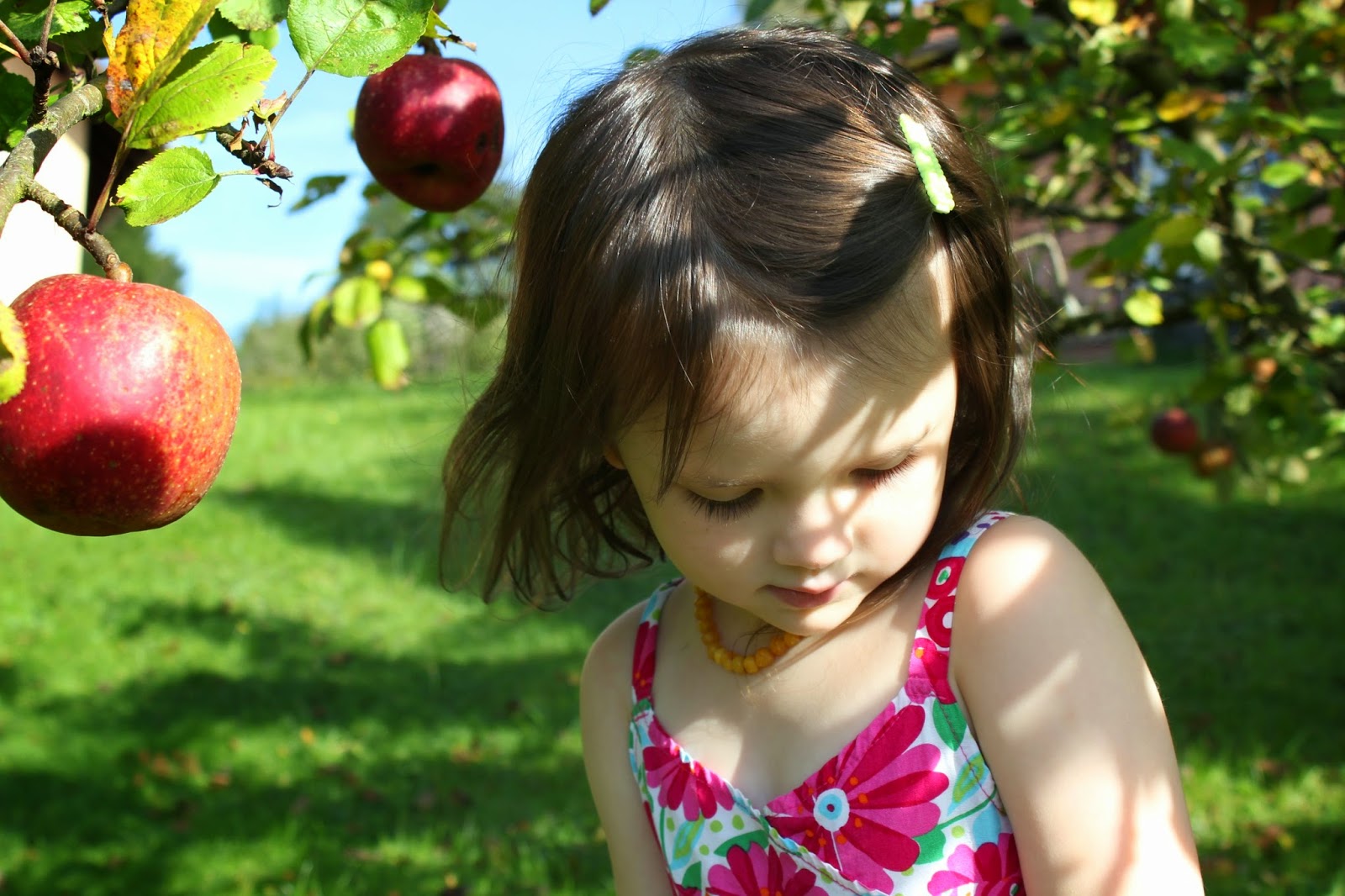 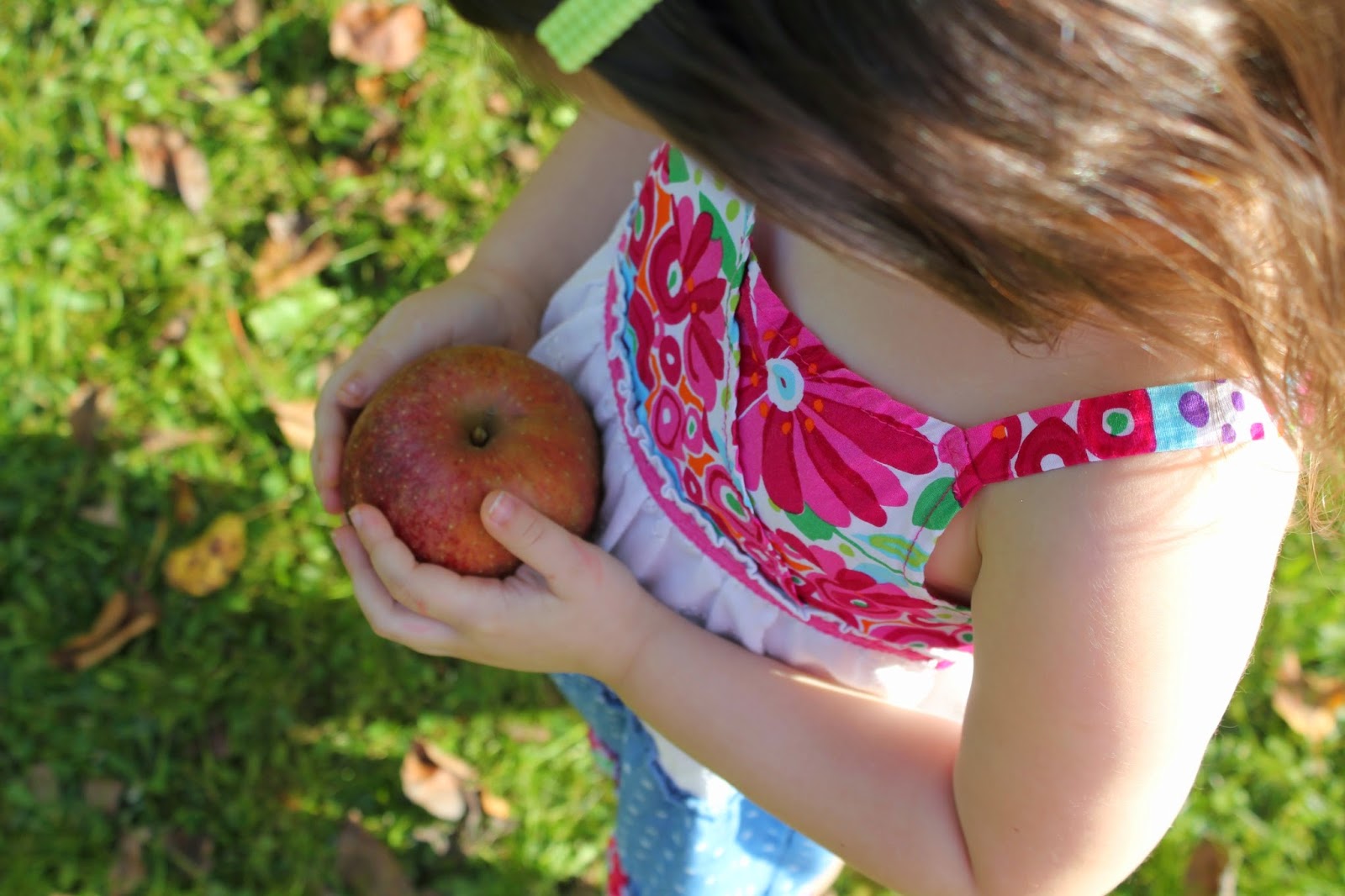 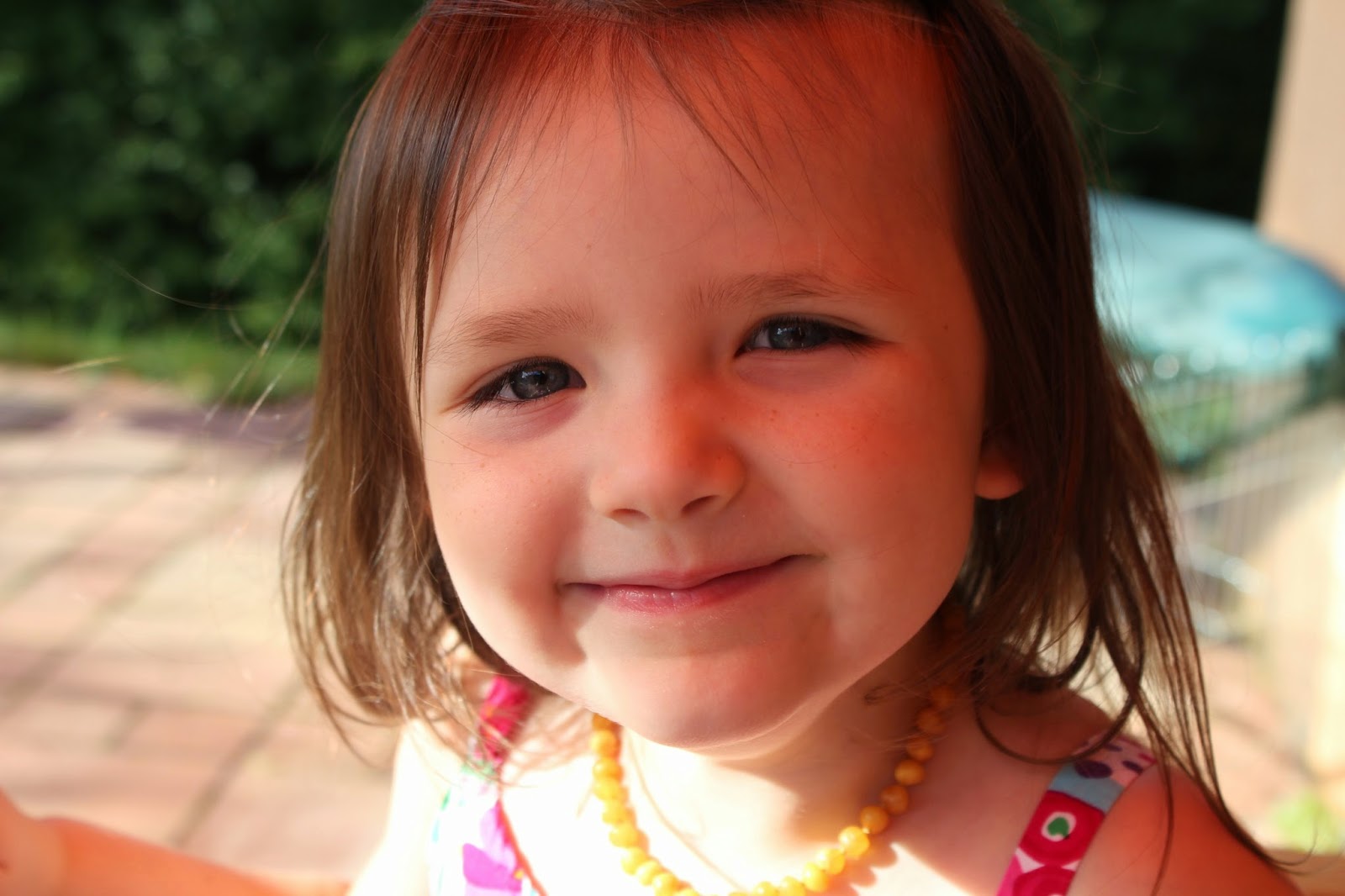 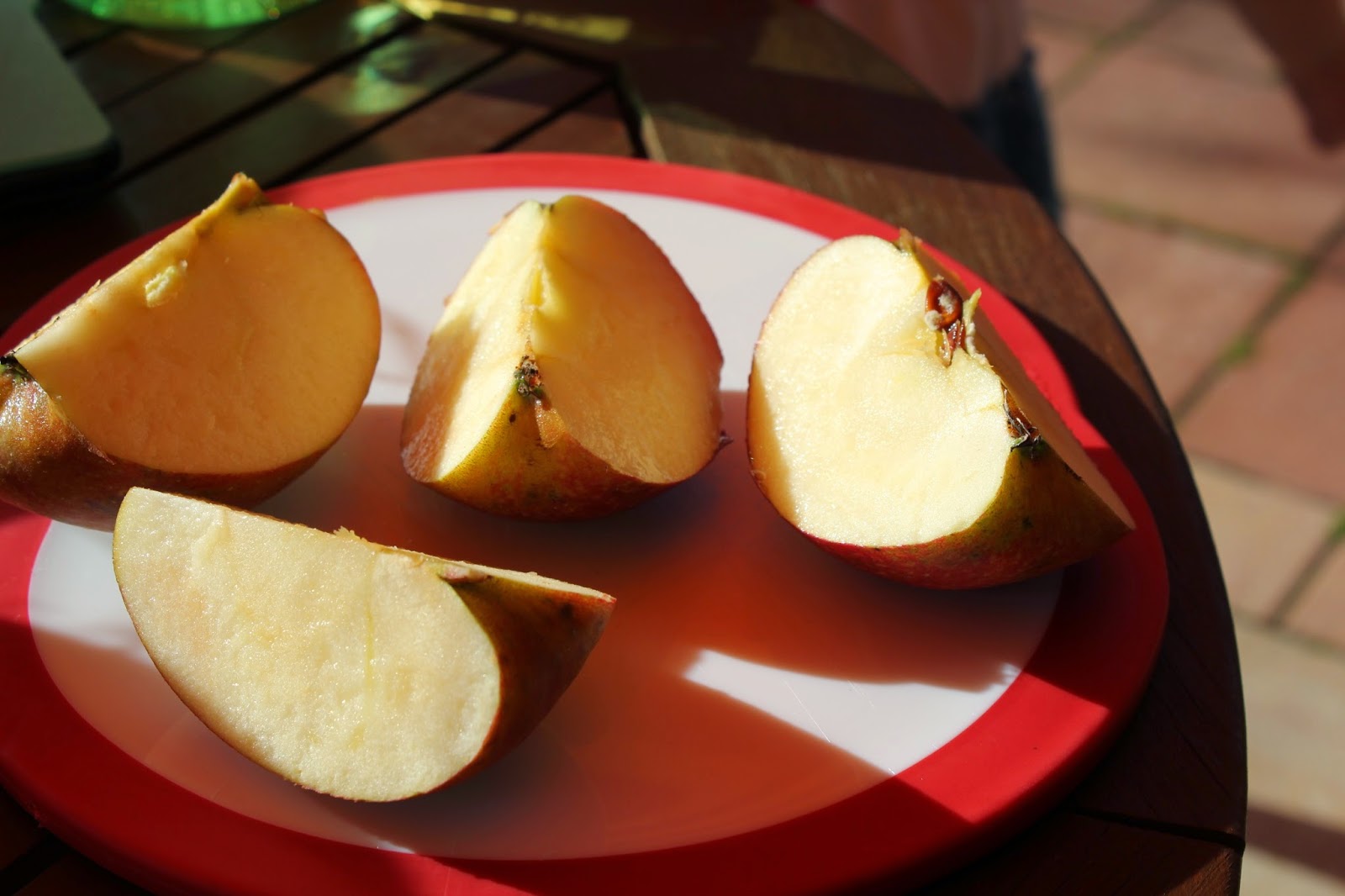 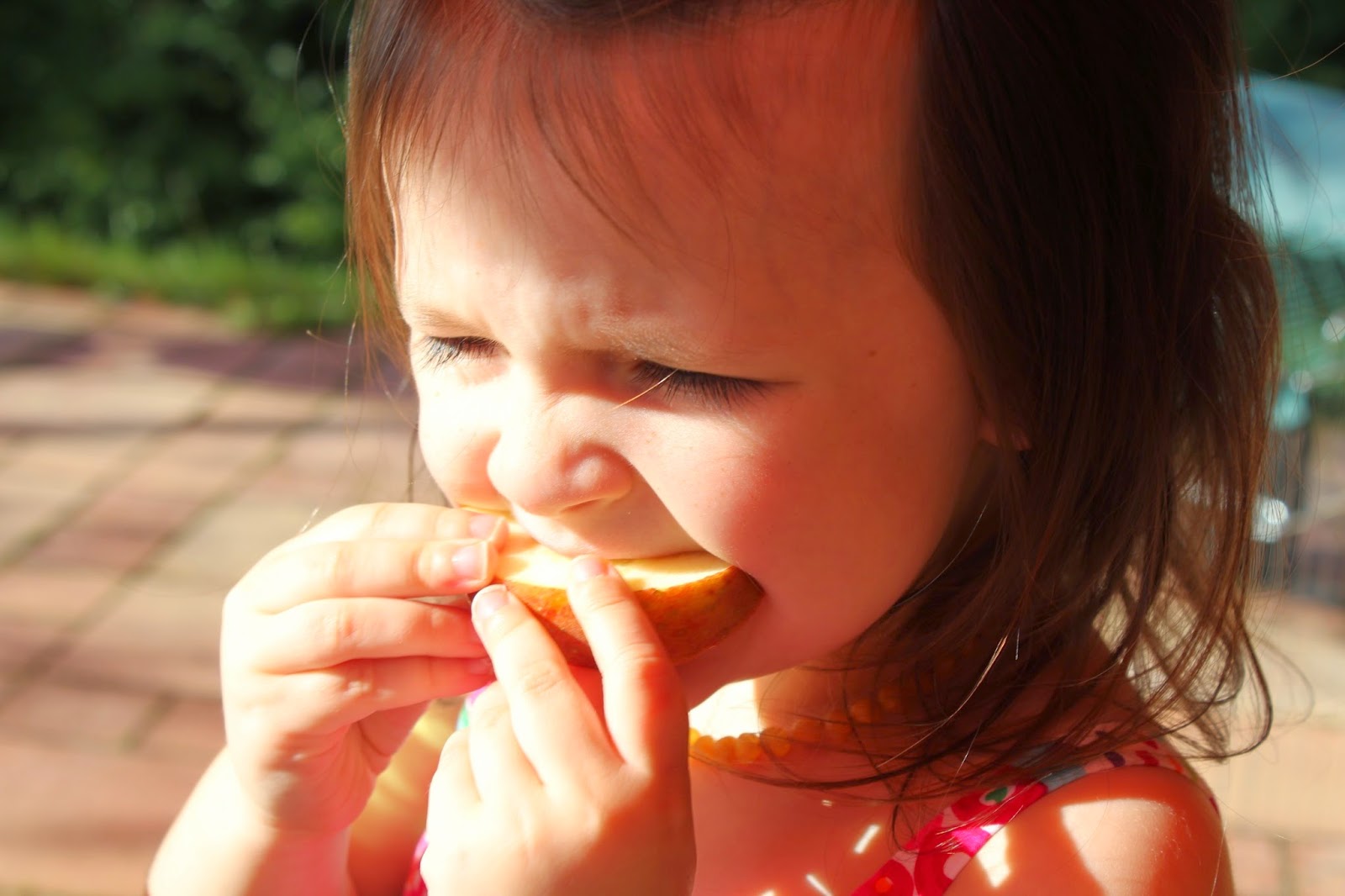 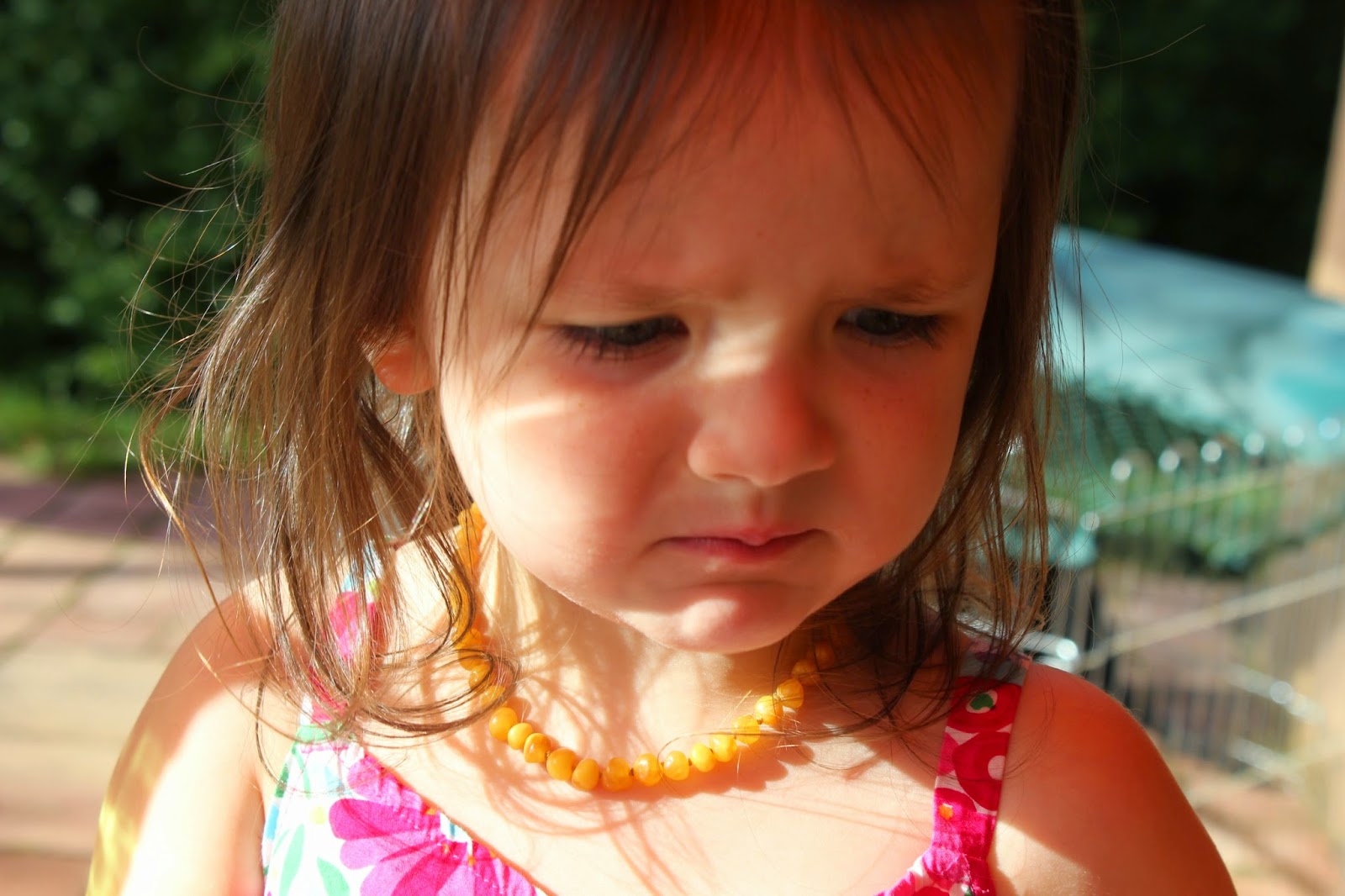 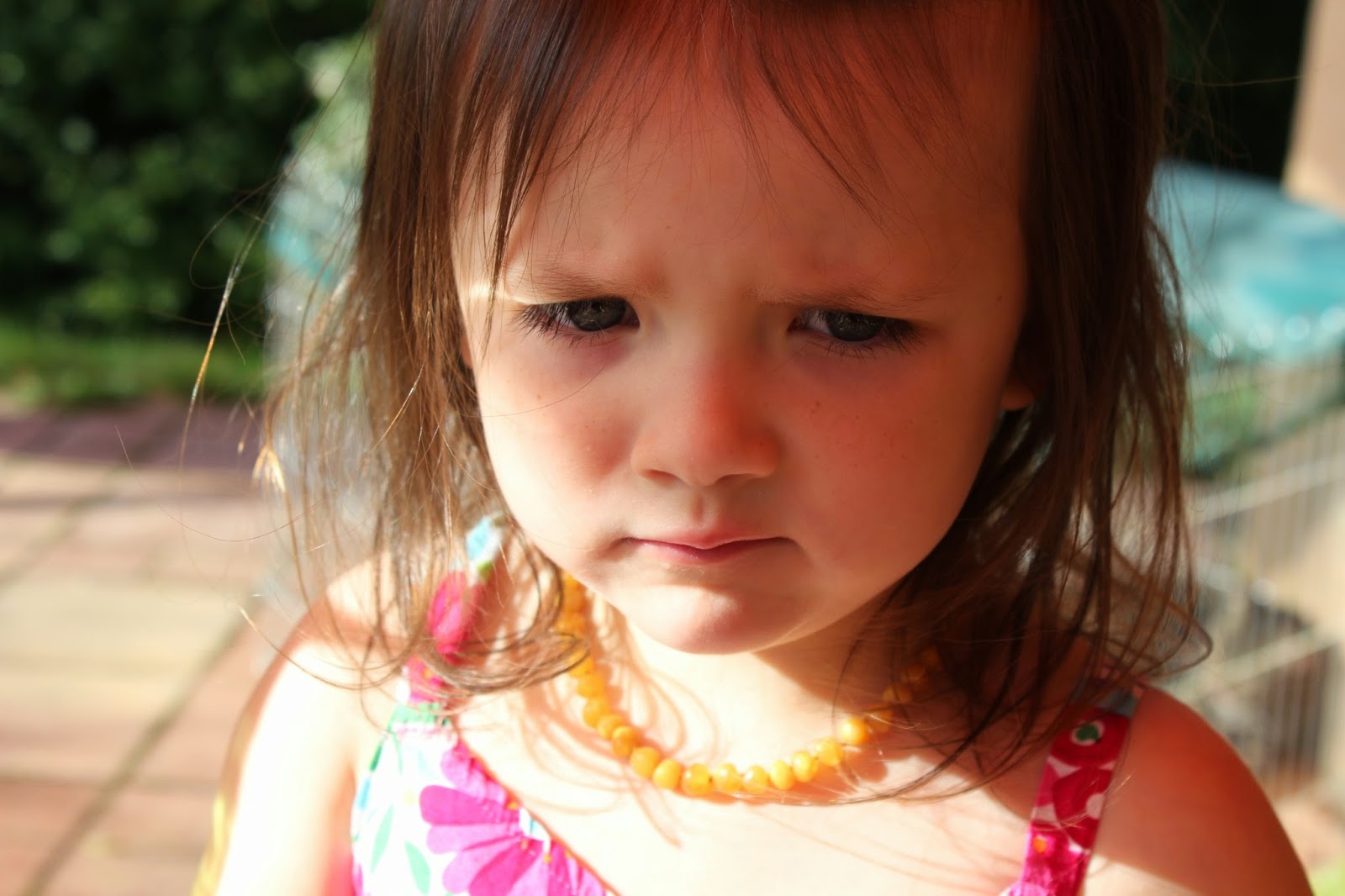 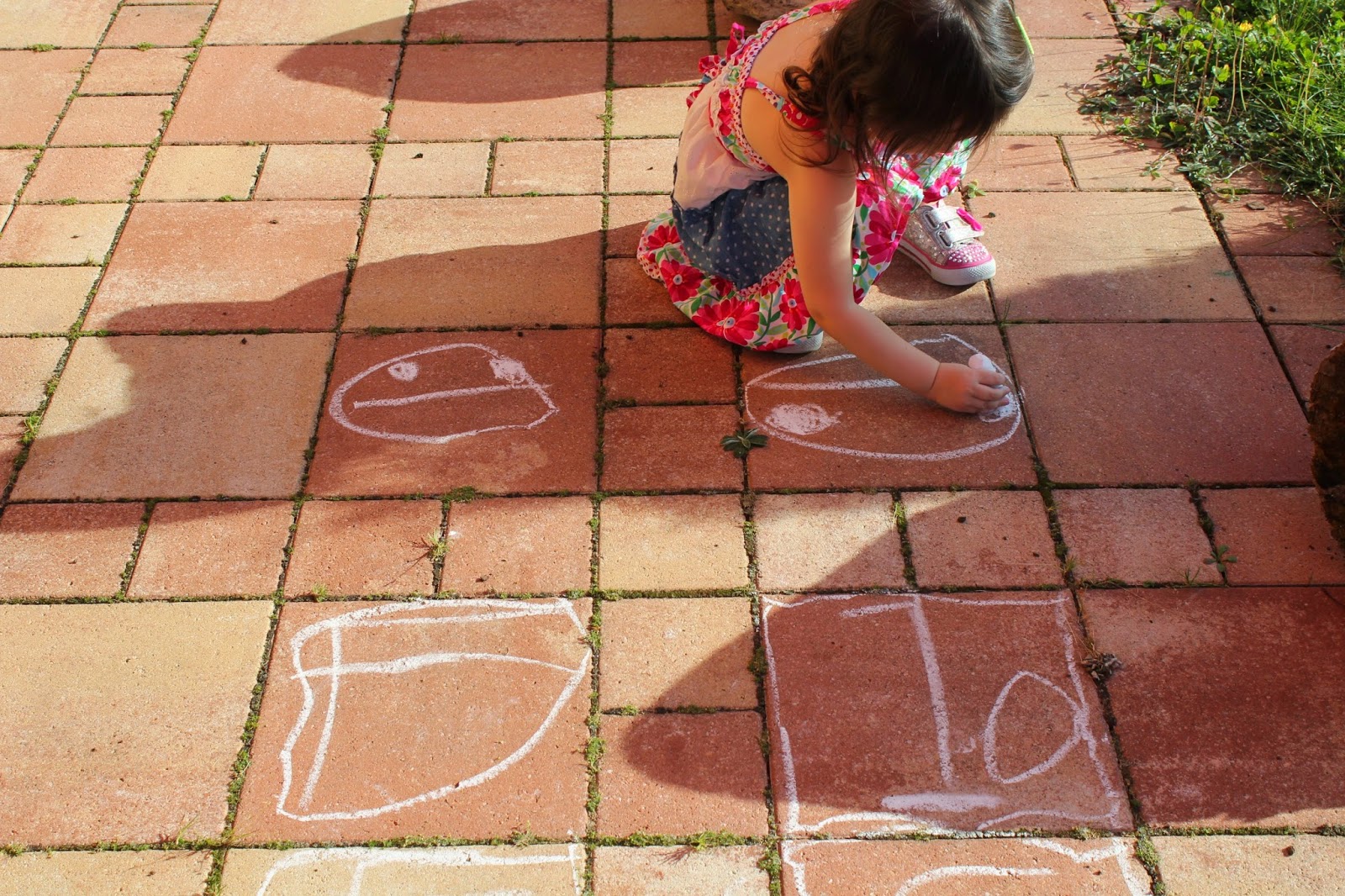 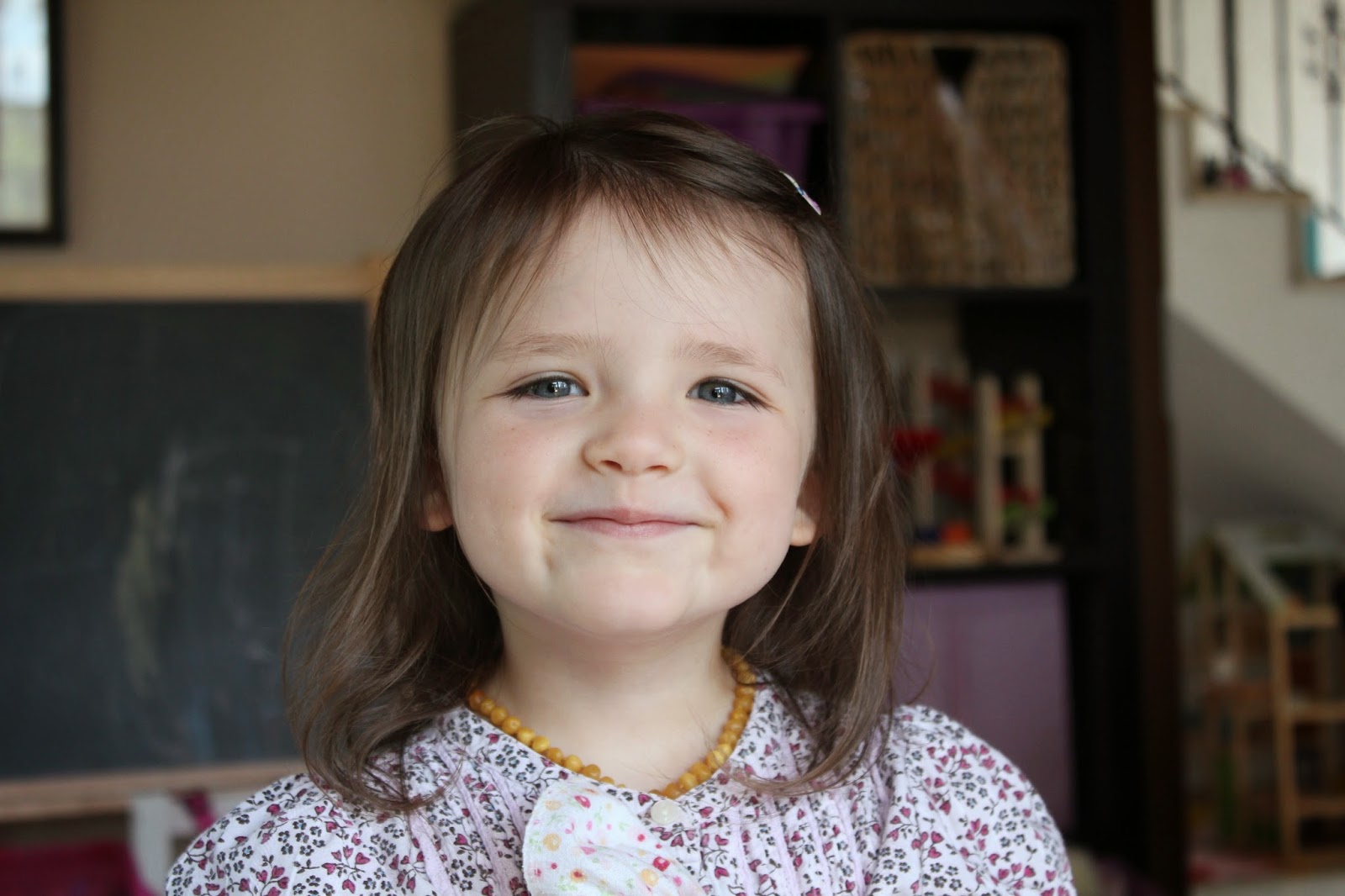 It blows my mind to think that our little girl is already almost four years old! You were just shy of two years old when we picked up our lives in North Carolina and moved to Germany. You have grown so much since then, having developed a strong sense of confidence in yourself. You were once very reserved, quiet and tentative. While you still possess those traits, choosing to closely observe situations before jumping into them, you seem to feel far more secure in exploring the world. You are far more willing to open yourself to others, sometimes even more than you will with us! 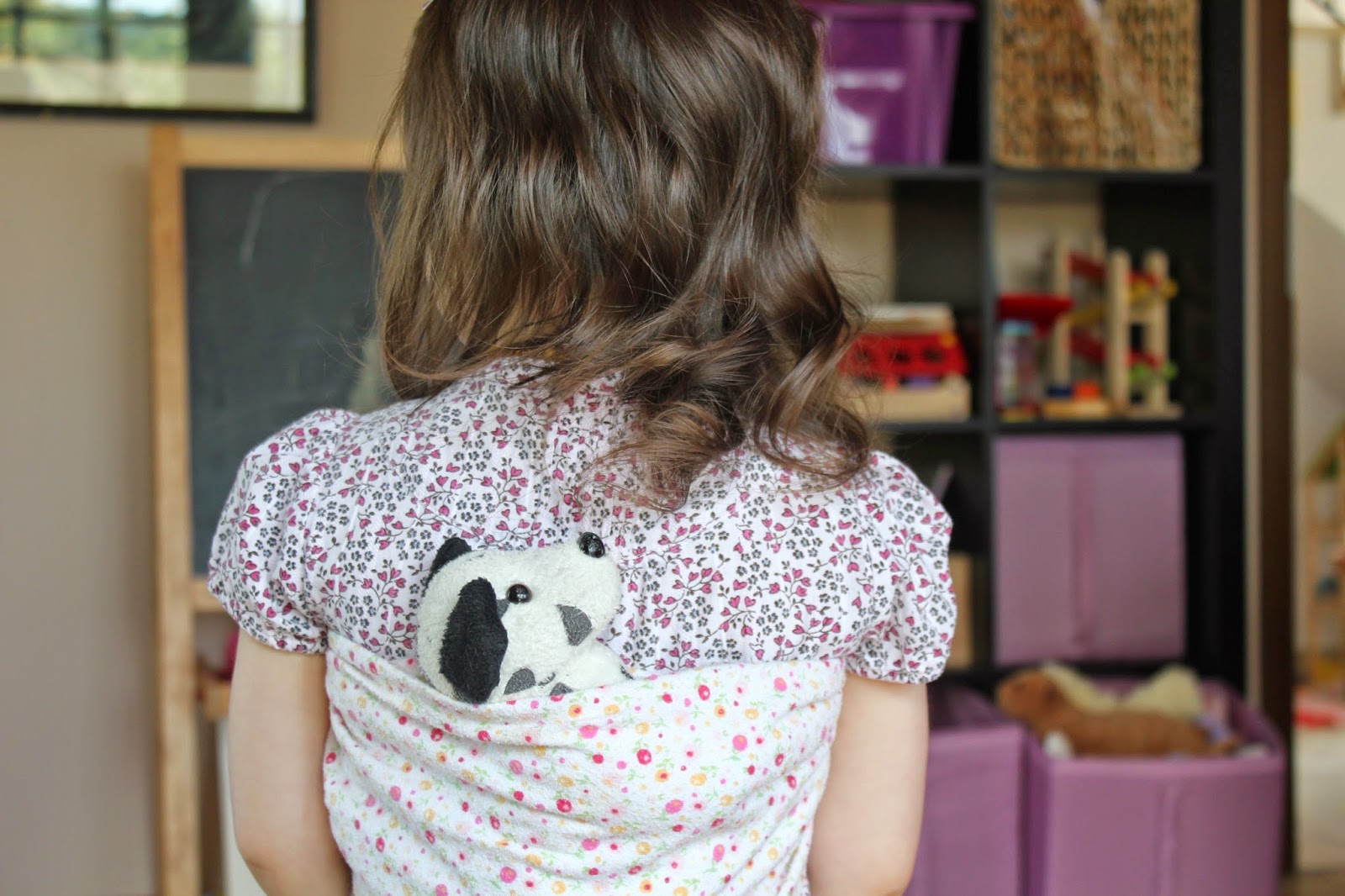 If you see me eating anything, your immediate question is, "what is that, can I try it?" You enjoy trying all sorts of new foods and you have even now begun eating your only truly disliked item - onions! I find great enjoyment in seeing you devour things like fatty prosciutto, anchovy stuffed olives, creamed spinach and pickled beets.

Like your parents, you appreciate every genre of music; from hard rock to classical. Some of your favorite songs right now are The Zoo, by Simon and Garfunkle, Don't Fear the Reaper, by Blue Oyster Cult and West Coast, by Lana Del Ray. I should also add The Carnival of the Animals, Aquarium - you immediately recognized that it was from The Beauty and the Beast soundtrack and you now request it every time I play classical music to read.

You love doing 100+ piece puzzles with me, playing with each and every one of your dozens of stuffed animals, and going for walks. You also started to learn how to swim this summer! Your favorite board game is Candyland, and your favorite show is still Daniel Tiger. We walk to the grocery store a few times every week, and you love to carry your babies on your back, just like we did with you when you were a baby. 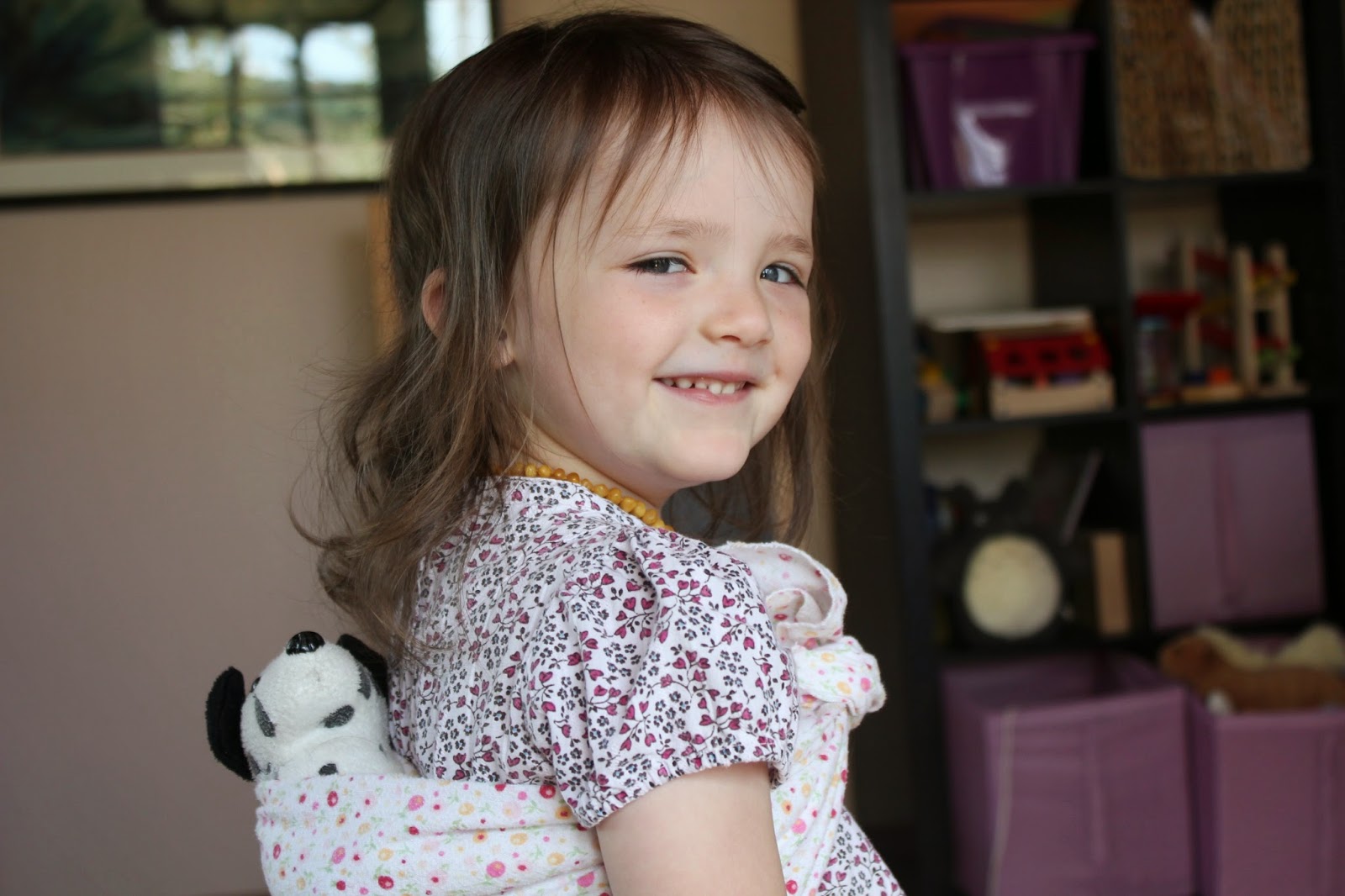 Little Bunny, your Papa and I are so very proud of the person you are becoming.

"marriage is about love not gender."

I have spent half of my morning, quietly debating with myself about reposting this article on my personal facebook.

Instead of copping out with a comment-less link, I decided to write about it. You could call it coming out, or simply sharing my honest self.

My own bisexuality is something I have kept largely to myself in the last several years. Of course, my husband knows and fully accepts that I am attracted to both men and women. As Anna Paquin suggests, marrying my husband did not magically change my sexuality.

When I was younger and among my group of friends at the time, I did actively pursue both men and women that I was attracted to. Some of my friends were bisexual, and thus it was a safe pool of people so be honest with. I did not need to fear being judged, questioned, laughed at or avoided for my sexuality.

I would like to believe that I have never come out to my family and the majority of my friends and acquaintances because I am so confident in myself that I felt my sexuality was unimportant. I would like to think I have never spoken up about it because I feel it's personal and don't have the desire to make an event of myself.

These are lies I tell myself. Stories, to cope with the truth of fearing judgement, questioning, laughter, religious lectures or disgust. I have ignored considering myself part of the LGBT community because I was in denial of my own insecurities.

I first realized I was also attracted to women as a very young child. Around age twelve, at the dinner table, I worked up the courage to come out and say it to my parents. "I am bisexual." They weren't even angry, in fact they were simply dismissive and amused. Well, at close to thirty years old, I can confirm that my sexuality is not a phase.

Making this post is something that has been building inside of me for a long while now, and I am still afraid to post it. My heart is pounding like mad. However, Anna Paquin made me realize that I can be proud to be a bisexual wife and mother, without being sanctimonious and without shame.
Posted by Adria at 6:17 AM 1 comment:

Email ThisBlogThis!Share to TwitterShare to FacebookShare to Pinterest
Tags: family, i want to live forever, LGBT

a european deployment and cooking for two.

There are many opportunities Europe has to offer. One of my most celebrated conveniences is the quality of the food. There is a wondrous abundance of culture here, which provides many completely different styles of cuisine. One thing they all have in common is freshness. GMO's are banned in the EU and believe me when I tell you, you can absolutely taste the difference. Organic food here is not only affordable but even readily available in most grocery stores here in Germany. The foods we might buy only on a special occasion in America are abundant and economical (for example, a fine cheese, wine or meat.)

Since Marius deployed almost two months ago, I have had to re-learn how to prepare meals for Iris and myself. I don't use recipes or meal plans at all, as I find that much more freeing to eat what my body needs on any given day. Earlier this year, our family decided to lean into a Paleo-style diet. We now eat very little gluten, if any at all. Marius is a bit more strict with it than I am, as I can barely live without my two teaspoons of sugar in my tea in the morning, or far more importantly, cheese.

Since it's summertime and I would rather not heat up the non-air-conditioned house any more than necessary, I've ended up making the simplest healthy dishes that occur to my mind. I am currently eating about five small meals a day, most of which consist of chopped raw vegetables, fruit, meat and olives. I thought I might share some of the meals we have been eating since Marius left, and hope he isn't too envious considering his chow hall is less than appetizing!

Iris pronounces most words very well, but she still has a few cute mispronunciations! 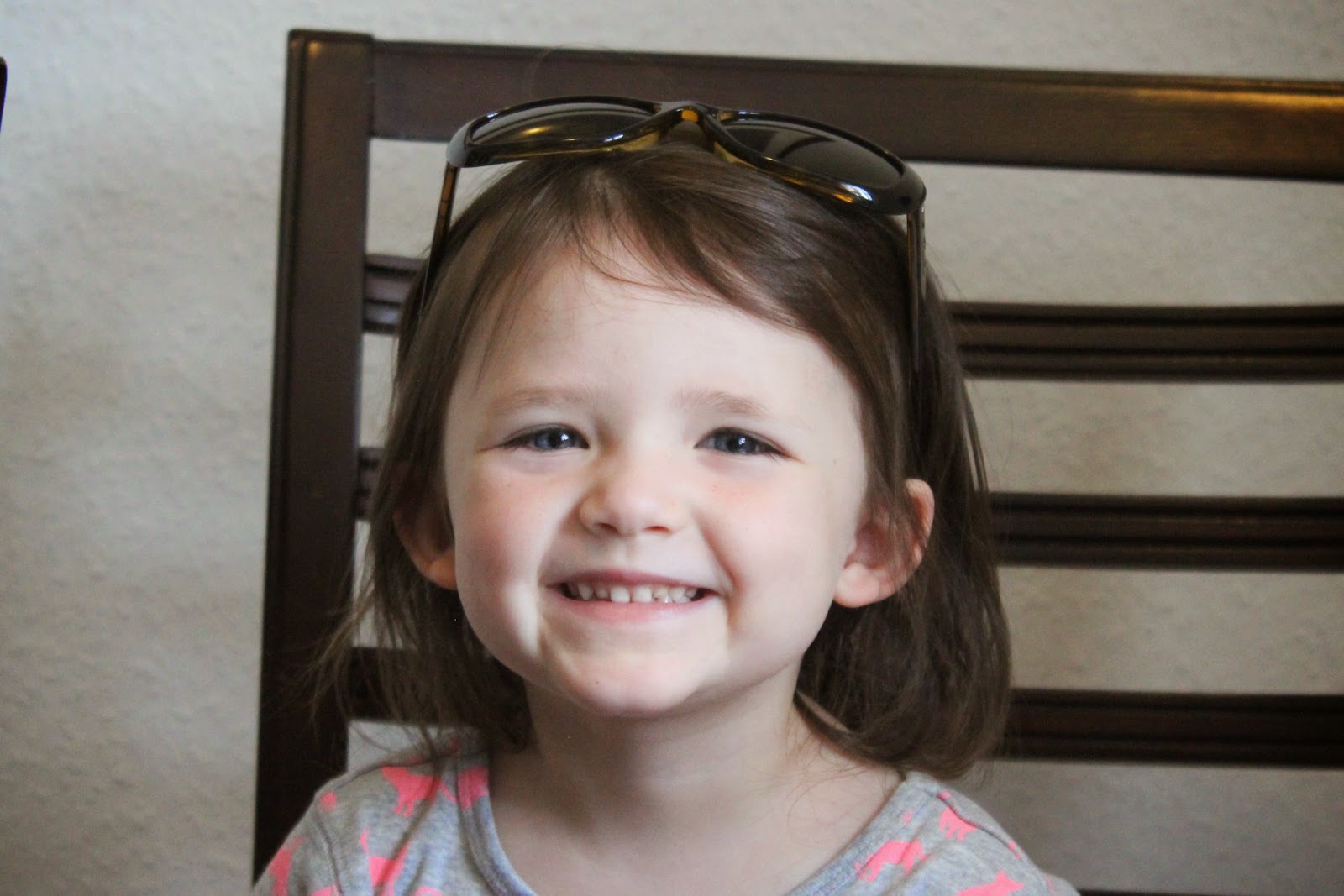 Reading... The Shining. I have seen the movies (the Stanley Kubrick film, as well as the made for tv mini series) and have also read the book before. However, I don't do well with the horror genre so I'm reading very tentatively. When I first read it as a teenager, I'm fairly sure I kept the light on every night for about a month... Iris is reading letters, repeating the sounds they make, and learning to sound out words.

Watching... or rather, rewatching one of my favorite shows of all time, Battlestar Galactica. Iris is currently working her way though Pokémon. On a more serious note, I recently watched a documentary called Auschwitz: The Nazi Final Solution. It's an amazing production that shows in gross detail and description the horrors of the holocaust. Through interviews from both survivors and from former Nazi party members, the viewer gleans a well rounded perspective on how and why this travesty occured. For anyone who is interested in this particular history, this is a must see.

Learning... lots of new things with Iris in homeschool. I generally do an informal homeschooling session every day, Monday through Friday. Iris' most recent favorite lesson focused on coconuts - where they grow and how to open and eat them. We watched a few videos of people and even monkeys picking coconuts from the trees, looked at diagrams of the different layers of coconuts, and then we cracked one open ourselves! While I broke a fingernail trying to get the darn thing open, Iris drank the coconut water and then finally ate quite a large quantity of the meat. Now she wants bottled coconut water every time we go to the market!

Eating... lots of interesting things, speaking of coconuts. While Iris does ask for ketchup for dipping (a request which is most often denied), she also has a taste for flavors which are usually considered more mature. For example, she loves sushi, olives, a variety of aged cheeses, and caper berries.

Anticipating... getting the tattoo on my leg finished. I finally have a followup appointment with Sebastian Brade this Friday! Sebastian's work is based in Berlin, which is about nine hours away from us by car. He is guesting at a tattoo shop about two hours from us (which is how I got my outline done almost two years ago), so I am able to finish what was started! Definitely looking forward to this - though not so much the knee area - ouch! 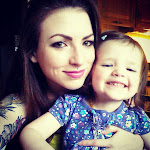 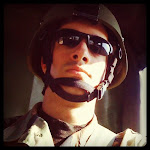 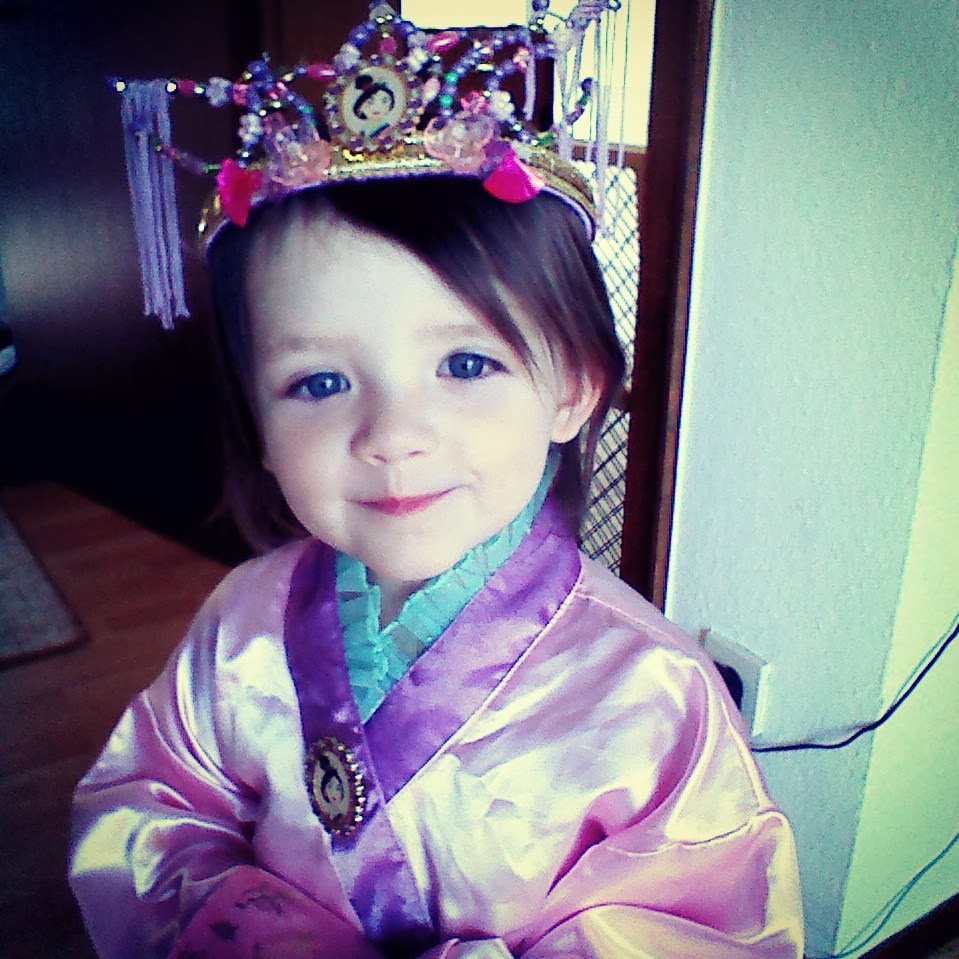 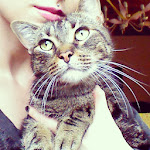